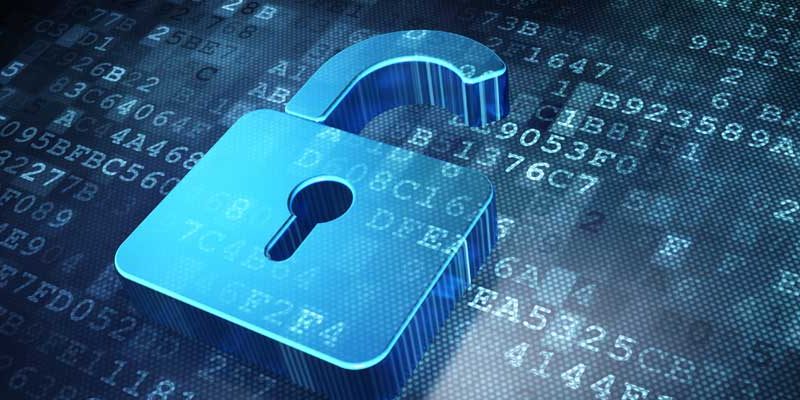 By now, you probably know you should be using keys instead of passwords. This article details how to setup password login using ED25519 instead of RSA for Ubuntu 18.04 LTS.

Why SSH Keys Are Needed

A key is a physical (digital version of physical) access token that is harder to steal/share. We use keys in ssh servers to help increase security. Keys also make brute force attacks much more difficult.

ED25519 has been around for several years now, but it’s quite common for people to use older variants of RSA that have been proven to be weak. It is generally considered that an RSA key length of less than 2048 is weak (as of this writing). ED25519 is a better, faster, algorithim that uses a smaller key length to get the job done.

By upgrading to better security now, you are more prepared for future security threats.

Check the Strength of Existing Keys

To check the key length, you need to use the ssh-keygen command as follows:

What Could Break if you Upgrade SSH Keys

SSH Login
Your logins could simply stop working if you do the upgrade wrong. For this reason, make sure you have local access and backup any files you edit. You can also add ED25519 and continue to use RSA as you upgrade your clients.
Incompatible SSH Key Exchanges
In some legacy systems, you simply cannot use the updated technology. If you are doing production work on systems this old though, you have other security concerns to worry about as well!

Basics of SSH KEY on the Client

Here is a simplified overview of what the rest of the article will cover:

Server Setup to Use SSH Keys 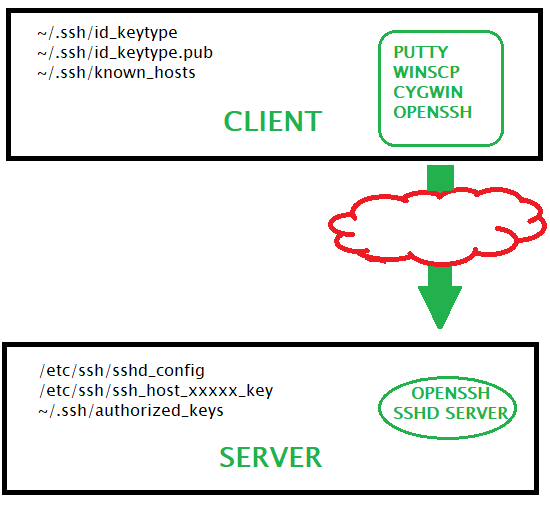 This assumes default locations and/or files!

You will have to perform these actions as root.

If they exist, they will be in the ~/.ssh/ folder most likely. It is possible for a key to exist in a different directory too. The client config for ssh would probably list their alternate location if that was the case (but it’s probably not).

You will have similar files on whatever your client is, but this is what Cygwin on Windows looks like:

If for some reason you cannot ssh-copy-id, you can also pipe it through ssh, or simply paste the id_xxxx.pub file contents at the bottom of the ~/.ssh/authorized_keys file. Here is how to do it via ssh pipe:

Here is an example .pub file:

You just need to update the authorized_keys file on the server with the client .pub contents at the end of it and save it. You will need

Generate Keys on Server if They Don’t Exist

These are actual hostkey fingerprint files. We are going to remove the old ones, generate new ones, and then eventually restart sshd (not yet) to activate them.

Regenerating ssh keys will cause the client to have an error message about known hosts. You simply remove the old fingerprint on your client and try again. This changes the fingerprint of the server, so the error is valid.

We are going to generate both RSA and ed25519 so we can choose great security, or fall back to lesser security for compatibility.

If you use the RSA method, we want to make sure it doesn’t do a DH handshake with a weak key, so remove any weak keys:

We are going to comment out dsa and ecdsa as both are not good for security.

Here is our final config and the references we used to build it. Do not copy and paste this config, it will not work for you. Understand what each section does!

WARNING!! It is advisable to have two shells running. One one shell, ssh in and edit your files. On the other shell, test login after you have done edits. It’s possible one of your changes will lock you out of SSH. Make sure you have some type of out of band management!

Once you restart ssh, you have a chance of not getting back in until you copy the backups back and figure out what was wrong.

Test Key from Client to Server

After you’ve restarted the sshd server, go ahead and try to manually use the key. Later, if it’s the only key found in ~/.ssh/ it will choose it by default and the -i flag is not required.

Your /etc/ssh stuff will be owned by root and readable something like what is below:

Your client files will be owned by the user, and owned something like what follows (Cygwin Example):

This server example has an rsa and ed25519 key as it accesses several other servers.

This is a snippet of code with the important parts shown from a client connecting to the server. The logs are showing on the client screen.

-vvv gives even more info and might be worth looking at if you cannot login.

You will want to follow standard OS hardening guides and use a Firewall to Protect SSH. This article focused on using ed25519 and stronger types of RSA encryption than what we are seeing most people use.